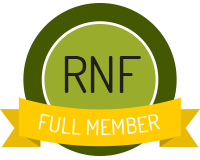 FNB Namibia has been a supporter of Recycling initiatives for numerous years and as title sponsor of the FNB Global United imitative this commitment has been accentuated since 2012. First National Bank became the new title sponsor in 2012 and a new dimension was reached in that an important start was made in conveying core environmental messages to the public at large and various schools in particular with the “Waste not Want not” environmental educational campaign.

While soccer is the platform of the Global United initiative, the main objective is to create environmental awareness in Namibia and around the globe. This means that GU and FNB Namibia would like to educate and inform as many Namibians as possible about waste management, the advantages of recycling and the environmental impact of plastic bags, cans, paper and glass in Namibia and worldwide.

In 2012 FNB Namibia provided 5 primary and 5 secondary schools with recycle stations free of charge. These schools firstly participated in a small competition linked to the Climate Kick initiative and thereafter entered into the nationwide school recycling competition by the RECYCLE NAMIBIA FORUM.

In 2013 the focus of FNB Global United moved to the coast with numerous new partners on board. The focus had been on the coastal area and recycling of materials there. The Recycle Namibia Forum also played a pivotal role in ensuring the success of the campaign. WASTE NOT WANT NOT remained the theme in 2012 and 2013.

In 2014 the organising committee of volunteers, found it appropriate to add a new call to action to each Namibian and said “Let’s use our resources wisely.” While the bank still concentrated on recycling and waste management they added the resources and emphasized the fact that everyone needed to save and respect water resources, electricity, food, fuel as well as continued to save paper, plastic etc. by reducing, recycling and reusing it.”

In 2015 and 2016 the recycling messages were taken to the North of Namibia – Outjo and the Etosha pan in 2015 and in 2016 in Katima Mulilo. The FNB strategy is based on 4 P’s of which one is the planet which includes the development and protection of the environment. FNB remains cognizant of the fact that everyone needs to give back to Mother Earth what they take out and thus the focus in Katima Mulilo was on tree planting and the messages of re-using, reducing of our footprint and recycling.

In 2016 FNB Namibia became an official member of the Recycle Namibia Forum and additional to the Global United initiative also sponsored two recycle stands to the community of Aranos so that they could split their waste and then transport it to the capital. Aranos became the first town that recycles with no formal recycling facility at hand– purely with the input of the community such as the schools, the farmers and the business owners in town.